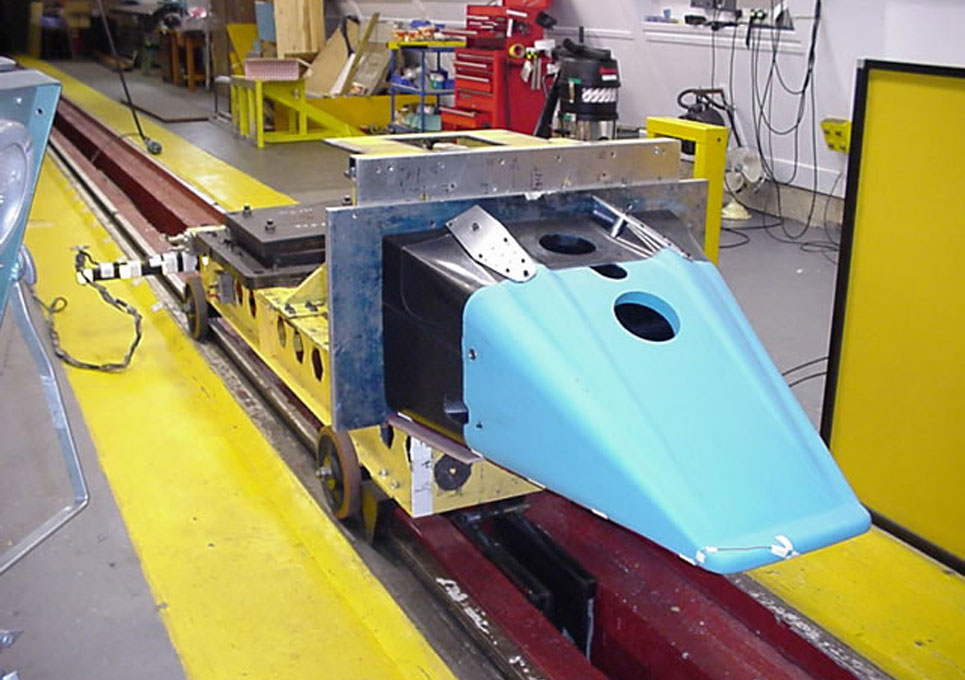 The photograph and the accompanying video demonstrate Composite Engineering's expertise in designing and developing carbon composite structures for impact protection. Considering the impact speed of 43 kilometre/hour and the mass of 1050kg, the damage to the nosecone was confined within a distance of 534mm.

The test was recorded with a high speed digital camera, operating at 1000fps and the video on the right you can view is played in slow motion at 25 frames per second.

The regulations required that, following the dynamic test, a detailed examination of the nosecone to chassis attachment points was carried out. These were found to be unaffected and properly operational. The nosecone was then removed from the chassis and the attachments and the surrounding areas of both structures were shown to be totally unaffected by the severity of the impact.

A road car subjected to a similar test 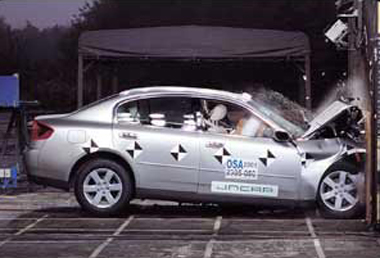 This image illustrates the damage caused to a family saloon in a test similar to the one that the Ascari A410's nosebox was subjected to. This is the frontal impact test, basically a head-on crash into a concrete block at 55km/h and the weight of the car below is approximately 1295 kg. The comparison is a telling demonstration of the extreme strength that can be designed in to carbon fibre composite structures.